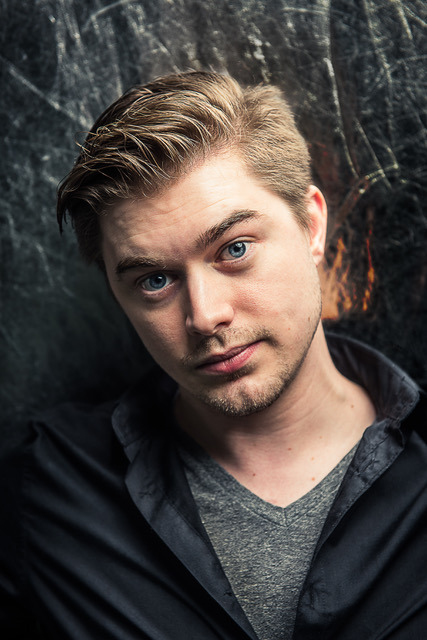 Photographing Ferraris, Lamborghinis and Porsches was a dream job that Jordan Kwasnycia never knew he wanted. The 27-year old Chatham, Ontario resident happened upon the job in a decision he describes as “unwisely applying for only one internship,” following his post-secondary education.

Ever since Jordan can remember he’s had a pencil in hand illustrating to his heart’s desire. His passion for illustrating cars began at the early age of 10, which extended to his interest in car modification later on in high school. Jordan’s intentions following graduation were to open a car modification shop after becoming licensed in automotive repair. He’d use his illustrations for conceptual designs to show his clients. This endeavour led to a four month apprenticeship until the recession hit. The future of the industry started looking bleak when work was in low demand, thus altering his choices for post-secondary education. Jordan researched different career choices within his skillset and landed upon graphic design.

The love for photography came during his first year at St. Clair College and quickly grew to become one of Jordan’s favourite subjects. He began to hone and study the craft by seeking out advice from other photographers and researching whenever possible. With quick advancement in this new skill, photography soon overshadowed his lifelong passion for illustration. After a series of events delayed his school career, Jordan later got his degree and found himself interning, ultimately being hired on by the world’s most successful auction house for ultra high-end vehicles.

RM Sotheby’s is known for setting dozens of world records for cars selling in the multimillions. Cars owned by celebrities, with esteemed racing pedigree and low production numbers are a few examples of the type of cars that cross the auction block at RM Sotheby’s. Most of Jordan’s time at work is spent photoshopping and creating ads, but from time to time the opportunity to go on photoshoots surfaces.

“This is a big highlight for the job. These cars are celebrities in themselves and sometimes have a really amazing history behind them. For example, there was a 1955 Ferrari 750 Monza Spider I had the privilege to shoot (white and blue car). It was owned and raced by some of the world’s most famous racecar drivers including Carroll Shelby, Phil Hill and Jim Hall. These people are some of the biggest historical names in fine automobiles and I was standing next to this racing icon worth over $5,000,000. Getting the chance to capture this car on my camera was literally a once in a lifetime experience. I’ll never see that car again, it’s the only one like it.”

When Jordan is not spending time editing photos or admiring the cars in the RM Sotheby’s museum, he’s spending time photographing his wife and two children. His favourite moments to capture are candid ones during family excursions at the park, beach, or other trips during the weekend. The majority of Jordan’s photos capture stories of the people closest to him, but he will always love working with the most expensive vehicles in the world.

Thank You for subscribing!
You're awesome.

You confirmed!
You love us, you really, really do!

We are excited to have you on board!